Chat: What amazing things are your grandparents up to? 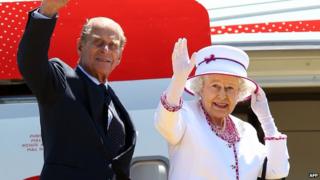 Prince Harry has paid tribute to his grandparents who show no sign of slowing down.

Harry has praised the Queen for still carrying out her public duties despite being the grand age of 85.

The Queen and Prince Philip have an especially busy year ahead of them with celebrations to mark the Diamond Jubilee kicking off next week.

Prince Philip, who's 90, is usually seen at the Queen's side but he's had to take some time off recently after an operation at Christmas.

On average, the Queen goes to 430 royal engagements every year! This includes meeting people, making speeches and visiting places like schools and hospitals. 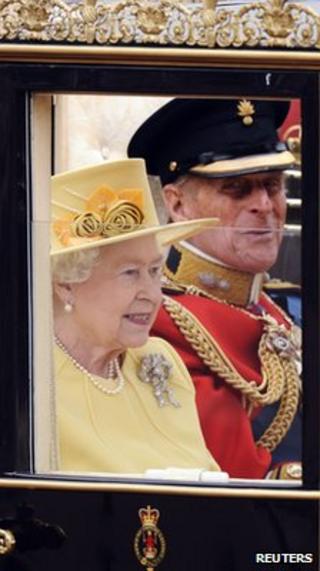 Prince Harry said: "These are the things that, at her age, she shouldn't be doing, yet she's carrying on doing them."

And it's not just public duties that the Queen has to carry out. She's still got lots to do behind the scenes.

Her morning starts off by reading some of the 300 letters she gets every day. She'll often have meetings with important people like the prime minister and spend her evenings hosting receptions at Buckingham Palace.

Prince Philip will normally support the Queen on her official visits, but on top of that he has 800 different organisations that he works for.

So much for grandparents putting their feet up and taking it easy!

You told us what cool things your grandparents get up to.

"My granddad is 81 but is still repainting the house every year!"

"My granddad still plays for a jazz band and my grandma (who is 84) went to Russia for a month and just came back!"

"My grandma is going to be 81 this year, she does tai-chi and swims regularly too!"

"My nan and granddad are 75 & 76, they are really active. My grandad goes to the gym and footie matches and my nan does line-dancing and pilates."

"My grandparents are in their 60s and are planning to go to the Amazon."

"My nanny is amazing, she goes round and helps all my great-grandparents! I really love her."

"My gran has been very busy making several costumes for our dance show. We all thank you gran, you deserve a holiday for all your good work!"

"My grandparents are both 70, my grandma goes jogging every morning (5km) and my granddad can still do press ups! Wow!"

"My granddad investigates the world and it's really cool. I love them, they are the best."

"My grandparents are very nice, they like to help animals. They go on air balloons and sail across the country. I think the world of them and love them very much."

"My grandparents are in their 80s, they still work full-time and my granddad is going skiing with us!"

My nan has a Wii and a DS, she plays on them at night."

"My granddad can still play golf although he is 96!"

"My nan and granddad are drinking tea!"

"My granddad is amazing. He's 74 but walking mountains is a regular thing for him."

"My gran and granddad are receiving an MBE at Buckingham Palace in February!"

"My granny is nearly 78 and she can still do a cartwheel and touch her toes with her legs straight! She does it in the garden!

"My grandma is in her 80s and she often still drives all the way from her house in Wales to our house in Essex! She also does a lot of gardening and helps out in the community! I really hope I'm as active as she is when I'm her age!"

"My nan is 65 and owns her own stable with seven horses in! My granddad is 66 and chauffeurs people around in London!"

"Our granddad is 70 and is a pilot. He flew near the North Pole last year. He has just lost a stone to keep fit. We made him an airport birthday cake this year."

Mhairi and Ailsa, 8 and 6, Edinburgh, Scotland

"My granddad builds loads of things in his shed including my own bed!"

"My grandparents still go on the treadmill and they are about 75+!"

"My grandpa is almost 94 and still does horse riding and is a fencing teacher."

"My gran (94) and my granddad (97) both took part in a senior triathlon and it was all Olympic related! I watched them on telly they won gold!"

"My grandparents are still playing tennis every week and they are in their 70s. I hope I will be as fit as them when I'm older!"

"My grandma is 69 and she is an actress! She can sing like an angel and still do the splits!"

"My grandparents are planning to sail around the coast of Italy and they have already sailed across the channel!"

"My Grandpa Jim still makes things in his woodshop, and my Great-grandmother didn't stop travelling the world by herself until the age of 91!"

"My nan is a very good nan because she helps all the poor children in different places. I love my nan so much."