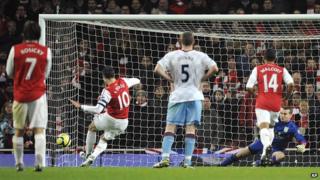 Arsenal are through to the fifth round of the FA Cup after coming from behind to beat Aston Villa.

It wasn't looking good for Arsene Wenger's team at half time as they were losing 2-0.

But two goals in the second half from Robin Van Persie and one from Theo Walcott saved the day at the Emirates Stadium.

It means they'll now take on either Middlesbrough or Sunderland in the next round, as the local rivals drew 1-1.

That next match looking a way off for Arsenal when Richard Dunne and Darren Bent put Aston Villa in a comfortable lead.

Villa's boss Alex McLeish must have been delighted at half time - but then came the fightback, and two penalties from man of the moment Van Persie sealed it. 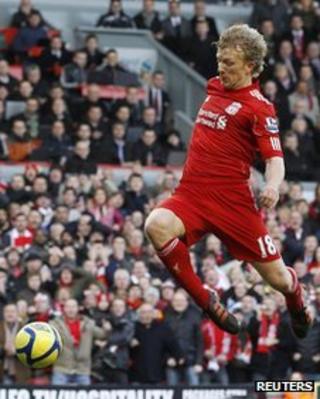 That 5th round draw of the FA Cup in full