Olly Murs gets his dancing shoes on for Sport Relief 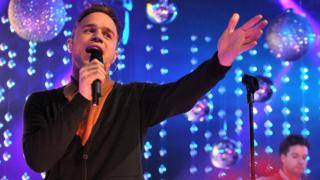 Olly Murs is to join the celebrity line-up for this year's Let's Dance for Sport Relief.

He'll be part of a duo with Radio 1 DJ Scott Mills alongside loads of other well-known faces who'll recreate famous dance routines.

It's all in the hope of raising as much money as possible and it's voted for by you.

The show kicks off on February 18 with the grand final in March.

Rehearsals are staying secret for now, but routines that've been attempted in the past include dances by Cheryl Cole, Beyonce and even Michael Jackson.

The money raised goes towards helping vulnerable people in the UK and the world's poorest countries.