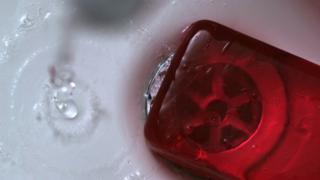 Scientists have invented a special soap that could help clean-up oil spills.

The soap responds to magnets so the materials the soap dissolves are attracted all together and can then be removed quickly using a magnetic field.

Experts now hope to develop the soap so it can be used on a larger scale to gather up oil that has spilled into the ocean.

Scientists say the soap is still at the laboratory stages but they're now looking at how to make it better. 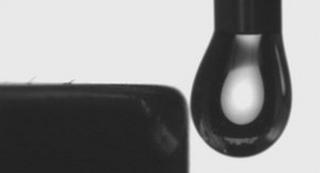 A droplet containing the soap is attracted to the magnet

How does soap work?

The long molecules that make up soap attach themselves to oily, grimy surfaces.

The ends of these molecules behave differently - with one end attracted to water and the other repelled by it.

Because of this the soap molecules gather up into droplets with all the "water-loving" ends facing outwards - separating the grime from the water. 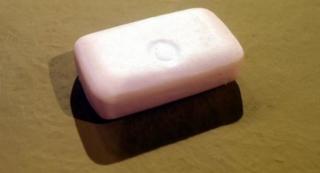 A classic bar of household soap

The history of soap

We cannot say for sure who first made soap but it's certainly been around for a long time.

The Pharaohs used soap nearly 3,000 years ago by mixing greasy animal fat and wood ash together, this mixture would then eventually go hard and form a block.

That may have sounded disgusting but it's nothing compared to what the Romans did. They added wee to the mixture because it releases ammonia, which is a very good cleaning agent.

After the Romans, soap making came to an end for hundreds of years.

But that changed after plants were found to contain a chemical called saponin that could be used to make soap.

Over 100 different types of plants contain the chemical that when mixed with water creates a foam that lifts off dirt and grease.

In North America, native people used the root of the Yucca plant and In India, a shrub called the soap nut bush was used.

This technique became very popular and by 1200 AD, soap was being made in Bristol and 200 years later in Spain with olive oil.

This process developed over the years and although some companies now use man-made chemicals others still use natural ingredients from plants.

Soap is now produced in both solid and liquid form and comes in a variety of shapes, colors and smells.