Aliens Vs Wizards is Doctor Who writer's new CBBC show 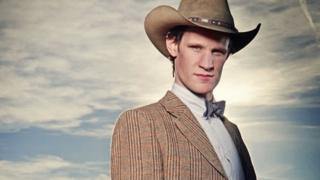 It's about two 16-year-old boys - a secret wizard and his scientist friend - who challenge aliens trying to destroy the Earth.

The 12-part series of Aliens Vs Wizards is due to hit CBBC screens this autumn.

It's the first new series from Russell T Davies since he came back to the UK from Hollywood last year.