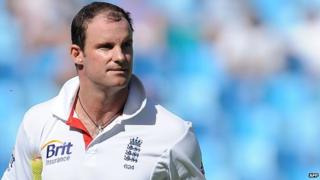 England's cricketers certainly don't look like the best team in the world right now - after crashing to a heavy defeat against Pakistan.

They lost the first Test in Dubai by 10 wickets in just three days after a really awful batting performance.

Their top six batsmen got just 143 runs between them in both innings!

But Pakistan's bowlers were excellent too, with spinner Saeed Ajmal taking ten wickets in the match. 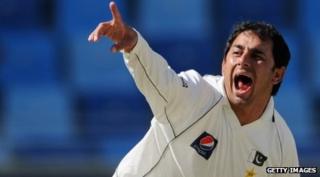 It all started very badly on day one, when England slumped to 45-5 before Matt Prior dug in to help them to a low total of 192.

England's bowlers then bowled really well on on day two, taking seven wickets to ensure Pakistan didn't get too big a lead.

But Pakistan still had a lead of 146 by the time England batted again on day three - and the disaster continued for Andrew Strauss's men.

The question after this is: 'how quickly can the best team in the world learn and adapt?'

Fast bowler Umar Gul tore through England's top order and by tea, they were 75-5, still 71 runs short of Pakistan's first innings total of 338.

There was a bit of resitance from Jonathan Trott and Graeme Swann but otherwise England's batting was really poor.

They scraped past Pakistan's total of 338 but only managed a lead of just 15, which Pakistan's openers Mohammad Hafeez and Taufeeq Umar got easily, making it a crushing 10-wicket defeat.

The win makes it 1-0 to Pakistan in the three-match Test series. The next match starts on 25 January in Abu Dhabi.