Andy Murray eases into third round of Australian Open 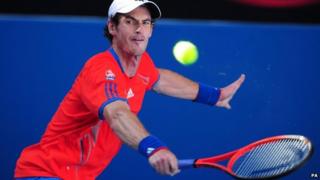 Andy Murray is into the 3rd round of the Australian Open after beating Edouard Roger-Vasselin.

At the start of the match the Frenchman looked overwhelmed by Murray's play.

But Roger-Vasselin picked up the pace and gave Murray a few headaches before the Scot came back and comfortably secured victory 6-1 6-4 6-4.

Murray's now won 37 out of 38 matches against French players - and could extend that record as he's up against Michael Llodra in the next round.