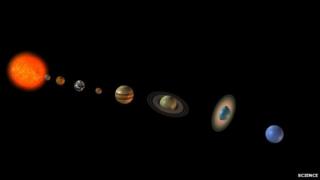 How would you fancy discovering your own planet? Sounds a bit out of this world but that's what happened to a Stargazing Live viewer.

Science history was made last night on the BBC Two show after people watching were asked to help in the hunt for planets elsewhere in the Universe.

Experts reckon it's about the size of planet Neptune in our own Solar System.

Chris Holmes, from Peterborough, was the lucky man who found the new planet.

"Being involved in a project like this and actually being the one to find something is a very exciting position," he said.