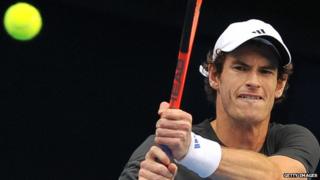 Andy Murray is the only British tennis player left in the Australian Open after a very disappointing opening day.

Britain did have six players in the competition at the start of the tournament on Monday.

It was the first time Britain had six singles players in the main draw of a foreign Grand Slam since 1992.