Friday 13th superstitions and history: Why is it believed to be unlucky? 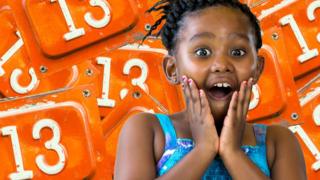 Today is Friday 13th - supposedly the unluckiest day! But why do people always think something bad is going to happen when it comes around?

Well, the truth is that no one's sure what the exact origin of the superstition is.

The number 13 and Friday both have a long history of bringing bad luck - and it's the combination of the two that makes the day the most feared.

Read on to find out more about why that is!

Amazing things that have happened on Friday 13th!

Many think that the reason for the number 13's bad luck comes from the Bible.

Judas, who betrayed Jesus, is thought to have been the 13th guest to sit down to the Last Supper.

Even today, it's considered unlucky to have 13 people sitting at a dinner table, and some people pop a teddy bear in a seat to make the number of guests up to 14!

In Norse mythology, a dinner party of the gods was ruined by the 13th guest called Loki, who caused the world to be plunged into darkness. 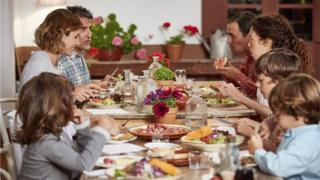 It seems the superstition has stuck.

Some airlines also refuse to have a row 13 in their planes too.

For hundreds of years, Friday has been considered the unluckiest day of the week. In Geoffrey Chaucer's famous Canterbury Tales, written in the 14th Century, he says "and on a Friday fell all this mischance".

In Britain, Friday was once known as Hangman's Day because it was usually when people who had been condemned to death would be hanged.

But Good Friday - the day of Jesus Christ's crucifixion - is thought to be the only Friday that bucks the trend, hence its name.

If you're born on Good Friday you're thought to be lucky, while sailors, who are notoriously superstitious, would sometimes begin a long voyage on Good Friday because of its holy connections.

Quiz: Are these things good or bad luck - or both!?

Nine of Parliament's most weird and wonderful traditions

The combination of Friday and the number 13 as a day of particularly bad luck seems to be a relatively recent tradition - perhaps only about 100 years old.

There's even a special word for the fear of Friday 13th - paraskevidekatriaphobia. We've got a fear of trying to pronounce that word...!

The UK's weird and wonderful customs