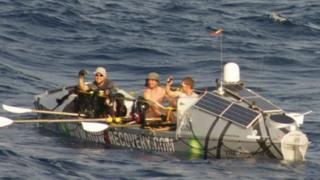 Watch the Leah speak to rower

The race is on to get help to a group of British soldiers who are stranded, trying to row across the Atlantic Ocean.

The six-man team - four of whom lost limbs at war in Iraq and Afghanistan - have suffered a major setback.

Their desalinator - that turns seawater into drinking water - has broken, as well as their hand pump, meaning they can't make fresh water at all.

The team are trying to raise £1 million to help wounded soldiers.

They started their challenge in the Canary Islands and are currently 518 miles away from their destination in Barbados - a total journey of 3,000 miles.

The team have rationed themselves to just a litre and a half of water each, per day.

They are waiting for help from support vessel the Aurora, which hould hopefully be with them soon since the t 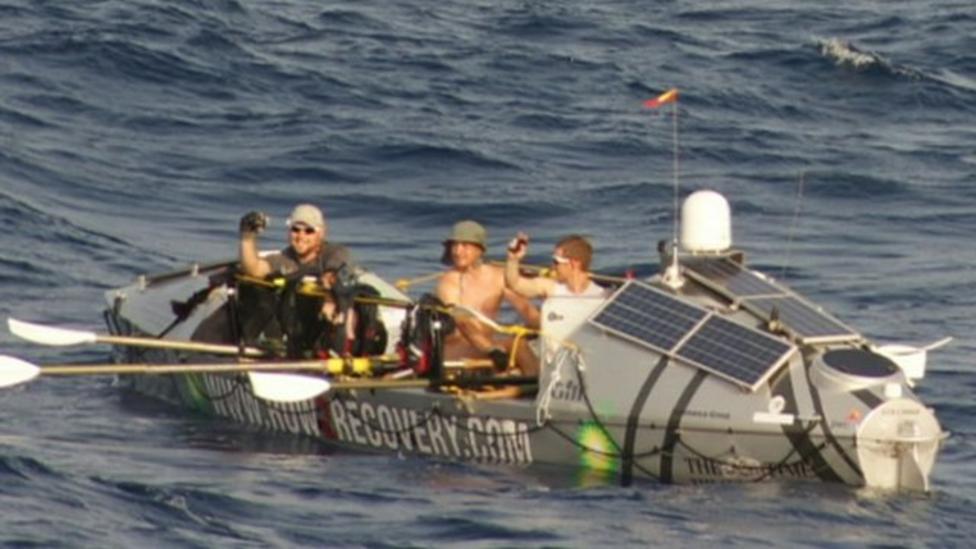 Watch the Leah speak to rower