Mars mission gets back on track

The Mars Science Laboratory (MSL), currently flying through space, has had its route corrected so it will land on the planet Mars in August.

It was launched in November on a rocket from America, but wasn't travelling in exactly the right direction.

In a three-hour process, it was put on course by firing up eight thrusters.

The total journey from Earth is a staggering 570 million kilometres. It'd take 650 years to travel that distance by car!

It will have to be corrected again before it can land, but scientists say this is normal for a space flight to Mars. 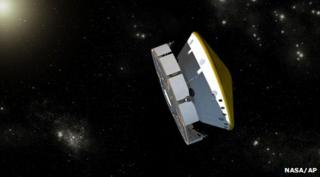 Eventually the MSL should touch down inside a 150km-wide bowl called Gale Crater - if that was on Earth it would take an hour and a half just to travel across it in a car.

It will use its complex equipment to work out if the planet has ever had conditions which could support life.

Pictures in the video are from European Space Agency