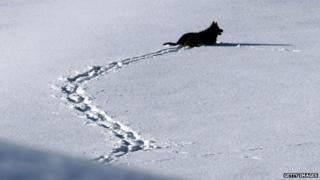 Pet dogs keep their feet warm in frozen weather, thanks to a blood-warming system in their paws, say scientists.

They found that dogs have a network of veins in their feet which help to keep blood warm - a bit like central heating in houses.

The system in dogs' paws has been seen in many other wild animals, including penguins' beaks and dolphins' fins.

But this is the first time scientists have discovered it in dogs which are pets, and not just in the wild.

Dogs' paws can cope even in temperatures as cold as -35C. 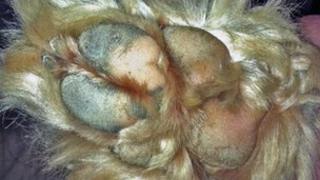 Other
Pet dogs' paws are well-suited to the cold

So when you're walking the dog in the ice and snow, your pooch's feet will probably feel a lot warmer than yours!