A new TV that recognises your voice 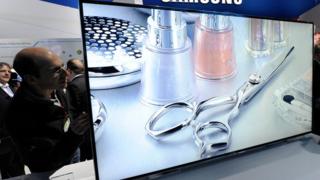 A television with face and voice recognition has been made for the first time.

The "smart" internet-connected television can also be upgraded constantly so it never goes out of date, according to the company Samsung which has invented it.

A built-in camera allows users to browse the internet or change channel with just a wave of their hand.

The TV can be spoken to in more than 20 different languages.

The technology has been shown off at the Consumer Electronics Show(CES) in Las Vegas in America. 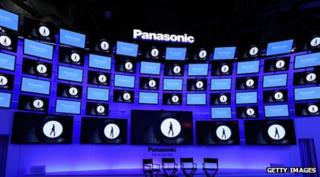 Other new designs include the tablet computer for cooking - you can use it in the kitchen and wipe off anything that gets spilled on it.

Another company has released waterproof coatings for smartphones, meaning they can be used up to 10meters under water.