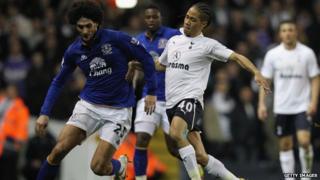 So January has been and gone, and the footy transfer window is now shut until the summer.

So who are those players that have switched clubs to hopefully make all the difference?

With a few clubs struggling for cash it was a slow but steady transfer window - but it still had some eye-catching signings.

He's a News-round-up of what happened before the midnight deadline.

Everton have signed Rangers striker Nikica Jelavic , and Chelsea have brought in young winger Kevin de Bruyne. He won't play for club until next season though. 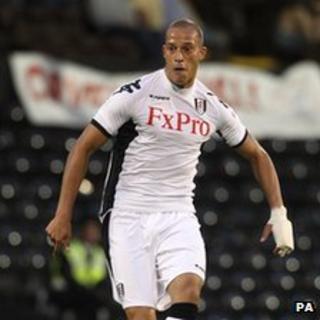 And Bobby Zamora's has made the short journey from Fulham to QPR for £4 million. He'll be joined by former Liverpool striker Djibril Cisse, who's heading to Loftus Road from Italian club Lazio for an undisclosed fee.

Fulham were quick to replace Zamora by snatching striker Pavel Pogrebnyak from Stuttgart.

Man City left back Wayne Bridge is heading off to Sunderland on a loan deal. But Roberto Mancini did bring in Chilean midfielder David Pizarro.

Spurs, as always were busy...on the way out were defenders Sebastien Bassong and Vedran Corluka on loan. They've also sold striker Roman Pavlyuchenko and let Everton have midfielder Steven Pienaar back on loan.

But fear not Tottenham fans - Louis Saha has been snapped up to bag those all important goals.

Earlier in the window... Chelsea have snapped up Bolton defender Gary Cahill for what could be a bargain £7 million... Thierry Henry, Arsenal's record goalscorer is back at the Gunners on a two-month loan deal... 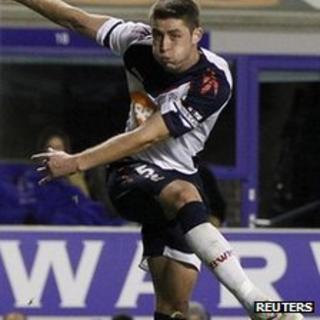 Reuters
Gary Cahill has signed in at Chelsea

Plus, goals are what Newcastle boss Alan Pardew wants from his new boy up front - Papiss Demba Cisse has bagged 9 in 15 games for German team Freiburg this season...