Mark Hughes is favourite to become the new boss of QPR 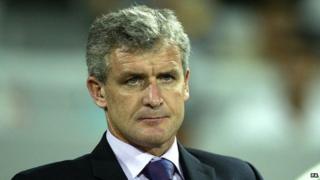 Mark Hughes is the favourite to become the new manager of QPR following Neil Warnock's sacking on Sunday.

The 48-year-old has been out of management since leaving Fulham in June and has lots of experience managing in the Premier League.

QPR have been on a poor run of form, picking up only two points in 11 games and are in danger of being relegated.

Chairman Tony Fernandes is keen to announce a new boss in the next 48 hours.

Warnock joined QPR in 2010 and successfully got them promoted to the Premier League at the end of the last season. 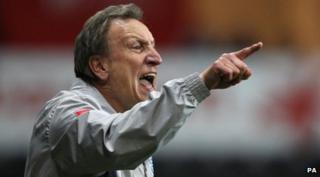 However, with the threat of relegation looming, chairman Tony Fernandes believed it was time to take action.

"Neil Warnock is a legend for what he's done at QPR and I thank him, but we must move on," Fernandes said on Twitter.

His potential successor Hughes has an excellent reputation as a manager following spells with Wales, Blackburn Rovers, Manchester City and Fulham.

It was at Blackburn where the Welshman made his name - helping transform the club from relegation battlers to top ten contenders.

He guided them to an FA Cup semi-final and a seventh place finish in the Premier League in his final season at Ewood Park in 2007-8.

If appointed, it's expected he'll be given money to spend in the January transfer window to improve QPR's chances of avoiding the drop!