Soul singer Michael Kiwanuka has come top of the BBC Sound of 2012 list, which aims to discover the best rising music stars for the year ahead.

Michael started out his music career as a guitarist, working with Tinie Tempah's producer.

He was recently a support act for Adele when she was on tour.

"I never expected to be recognised in this way," he said. "It will bring the music to many more people, which for any musician is a great privilege." 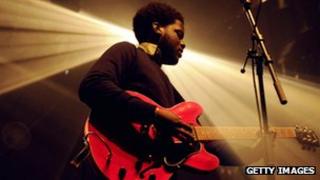 Getty Images
Michael Kiwanuka has never been on a talent show!

The Sound of 2012 list is made by getting the opinions of over 180 music experts.

Producers, website writers and owners of music companies suggest acts that have caught their eyes - and ears.

Some acts weren't allowed to be in the list - such as anyone who was already well known from being on a talent show like X Factor.

Acts which already had a top 20 single or album in the UK before 13 November 2011 were also kept off. 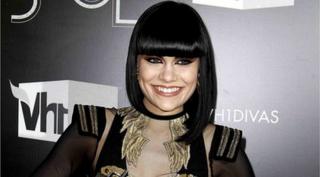 The "Sound of" list is important because previous winners have become pretty famous - they include Jessie J and Adele.

She went on to have the most successful first album for a British artist last year.