US mid-term elections: What are they and why are they important?

Some important elections have taken place in the US called the mid-terms.

Every four years, people in the US vote to elect their president.

The four years between elections - when the elected president is in office - is called a term.

So, the mid-term elections happen - you guessed it - half way through a president's term in office.

Want more about US politics?

All the US politics words you may need to know

To find out more about what happened in this year's mid-terms, click here.

What are the mid-terms?

The US went to the polls again for the mid-terms on 6 November 2018.

It's an election in which people vote for politicians in a part of the government called Congress, which makes America's laws.

There were also governor positions, and state and local office positions up for grabs. 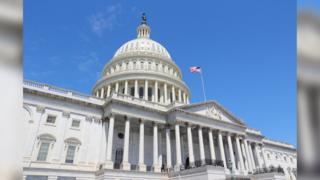 Congress is divided up into two chambers - the House of Representatives and the Senate.

In the US, there are two main political parties - the Democrats and the Republicans. Both parties want to have more politicians than their opponent in each part of Congress in order to have more control when it comes to, for example, passing laws.

Why were the mid-terms important?

1. They could affect Trump's presidency

The result of the mid-terms could affect how the rest of Mr Trump's presidency turns out.

That's because if the president belongs to a different party to the one that has a majority of politicians in the House of Representatives or the Senate, it can be difficult for he or she to do what they want.

Before the mid-terms, both parts of Congress were controlled by the Republican Party, which backs President Donald Trump but the mid-terms has changed that and now the the Democrat Party now has control of the House which will make it more difficult for him to do as he wants. 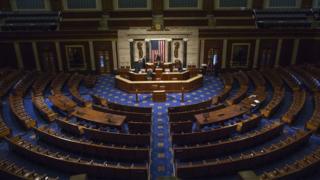 He may now struggle to get things done, as Democrat politicians may vote against his plans, like building a wall between the US and Mexico (things like this would have to be approved by Congress).

The Democrats have won control of the House of Representatives by winning the majority of seats, which could be bad news for President Trump and the Republican party.

Not only could they stop his plans, but if President Trump is hit by another scandal, a Democrat-controlled House of Representatives could vote to have him impeached.

2. They can affect campaigns for the next presidential election

Alongside the fight for seats in Congress, 36 out of 50 state governors were also up for election - Democrats have gained several governorships.

Next year, campaigning will begin for the next presidential election and governors can be very important in supporting their party's candidates, by arranging donors and setting up volunteers.

The new governors could have an effect on presidential campaigning over the next couple of years.

One of the big stories of the 2018 mid-terms was the first openly gay governor Jared Polis from Colorado.

3. They can affect people outside of the US

Mid-terms are also important for people outside of the US, like us here in the UK.

That's because decisions made by the US government can affect people all around the world - for example, decisions about whether or not to go to war, or how to protect the environment. 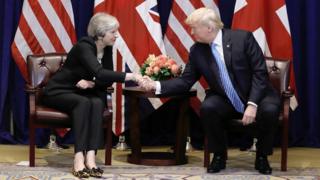 AFP/Getty Images
Mid-terms are important to people outside of the US as they affect what the president of the US can do - and his or her decisions can affect the rest of the world
What is next in US politics?

Once all the politicians have taken up their seats in January everyone will start thinking about the next US presidential election, which will take place on 3 November 2020.

As Donald Trump has only been in office once, he is allowed to stand for President again.

The person who will run for the Democrat party against the Republican candidate will be chosen by a series of primary elections, which start in January 2020.

Who were the US presidential candidates in 2016?