Harp seals may be at risk because of melting ice 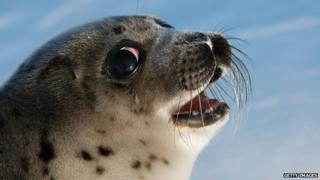 They look very cute, but harp seals in Canada and Russia could be in danger because of oceans getting warmer and ice melting.

Experts say the ice which the seals need to survive is slowly shrinking.

The seals breed on the east coast of Canada, and in the White Sea which is in north west Russia.

The experts used satellites to look at both areas and found that the temperatures have increased by a few degrees every ten years.

That doesn't sound like much, but it means some newborn seal pups are already dying before they become adult seals. 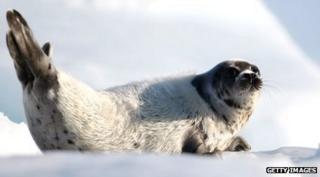 The rising temperatures are also causing some of the seals to move to areas nearer the country of Greenland.

But that's much closer to the areas where polar bears live - and they eat seals!

The experts say their findings mean they can now get "ahead of the game" and understand how the could seals adapt to the new conditions.