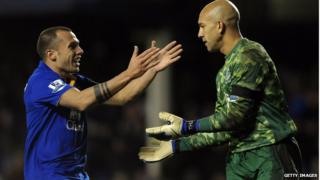 Everton goalkeeper Tim Howard scored a freak goal from a single kick at his own goal mouth, assisted by strong winds.

It came in Wednesday night's clash between Everton and Bolton, eventually won 2-1 by Bolton.

The ball flew over every player, bounced in front of Bolton's keeper Adam Bogdan, and straight into the net! 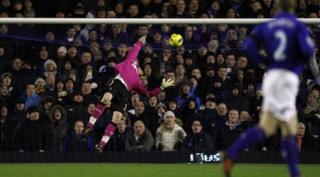