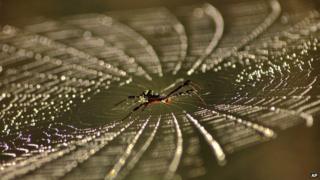 Scientists say they can now create silk that's as strong as spider's webs - without needing spiders.

Although spider silk looks tiny and flimsy, it's actually stronger than steel if enough of it could be created.

It would take too many spiders to make enough silk, but the scientists have got the silkworms to make it instead. 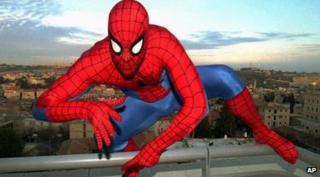 AP
An idea that came from Spider-Man comics could become reality.

If enough of the silk could be made, it could be used for making tough material that's better than plastic.

It could also be used by doctors for patients who need repairs to their ligaments - string-like things that connect your bones together.

The research has been done by scientists at the University of Wyoming in America.