Age ratings needed for music vids that are too grown up 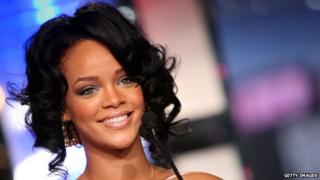 Lady Gaga and Rihanna are two of the biggest stars on the planet, but they could soon be getting into trouble because of their music videos.

Prime Minister David Cameron is worried that some videos are too grown up for kids and has launched an inquiry in to whether they should come with age ratings, like films and games.

Some people believe that certain videos are not appropriate for children.

And many think some should not be shown on television before 9pm.

The results of the inquiry will be released next Monday and are expected to say that the music industry needs to get tougher rules. 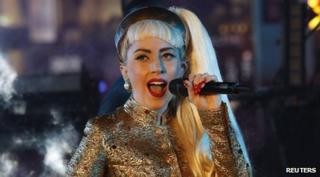 It may also suggest that posters advertising the songs of singers like Rihanna should not be put up near schools or playgrounds.

But Rihanna has hit back at claims her videos are too grown up, saying they're "art with a message".

"I can understand that parents are worried that their child could get warped weird ideas about life from these videos, but if you rate them online, kids could just lie about their age - the computer has no way of telling how old you are so it's pointless. Children don't want to watch rude videos, they should be trusted not to watch them."

"Parents should be worried about their children being exposed to these music videos, most children would not watch them, and if they did, I don't think they would be inspired by them."

"They could just have the sign at the start of music videos that states 'Parental Advisory Explicit Content', parents can then tell their child not to watch if they don't want them to. An age rating won't stop people from watching music videos though, people all over the world watch movies and play games rated above their age."

"I think that artists such as Lady Gaga and Rihanna are only putting across a message about the meaning of their song, they don't need to get into trouble about it."

"I think that age ratings should be put on music videos to prevent young children from watching inappropriate videos. The negative side to this is that less music videos will be shown."

"I think that if the government are going for a more strict approach, they shouldn't use age ratings because people will lie about their age more often. They could maybe introduce a parent setting so that parents can decide which music channels and internet sites their children can watch."

"I think they should have an alternative clean version of the video. If singers swear in songs they have to record a clean version, so why not do it with music videos?"

"I don't think their should be age rating, I think guidelines are enough. I love listening to music and I enjoy seeing music videos to find the true meaning of the songs."

"Music videos are a way for the artist to express themselves. By adding an age restriction or banning them all together, you are taking away their right of free expression. Perhaps parents can deem what is appropriate for their children, but the government should not be able to do so. Although some may not be suitable for young children and this is a cause for some concern, others will be affected by this decision. They may be able to put the videos on TV later, but they are still able to be found on the internet, rendering this act a bit pointless."

"I think that before a rude music video is shown a message could come up and say: 'This music video contains rude scenes that may be too mature for children under 12'".

"I respect both sides of the argument, but I don't think that music videos should come with age ratings because children should be free to watch and listen to their favourite artists."

"I think that David Cameron has more to worry about than age limits on music videos."

"I think that music videos should not have age restrictions because it won't make any difference. Being banned from watching something will probably make children want to watch it more. I think it is unlikely that a child will go on the internet to listen to a song, and when finding that they are too young to watch it, just accept it. They will probably watch it all the same."

"I don't think music videos should have age restrictions because they are never that bad. If adults don't like their children watching slightly inappropriate videos then they should stop them. I don't even understand how that would work on TV."

"If a movie had the same type of content as some music videos I think they would have a 12A age rating, yet music videos are exposed to all ages explicitly."

"I don't think their music videos should be banned because it's the parents' choice not the Prime Minister's. Children would be able to find different sites to watch music videos on anyway. If the parents disliked the films they could ban it on their own computers."

"What about online? The security would have to be really tight, because if you just ask for a viewer' s age, they could easily lie. I think pop stars have just got to tone their videos down. They're losing fans with rude videos."

"Some of the videos are explicit and gross, maybe instead of music videos in the day, they can replaced by lyrics instead."

"If children want to watch their favourite artists on TV, let them! Watching music videos is part of the music experience and it shouldn't be the government's choice to take it away from kids. How about they leave it to the parents and children to decide what they watch!"

"I think that music videos should have ratings, but it should be 12 and above like most movies and games."

"I don't think that music videos should have age ratings. I think that if parents don't like them they should stop their own children from watching. Either way, children can still find the videos online."

"Inappropriate music videos need to be banned during the daytime because it encourages small children to act like the people on the video. I think they should just be on after 10pm because younger children are in bed, but I don't think this is an issue for older children because they know it is wrong."

"I think it is absolutely ridiculous to put videos up of women half naked because little kids will look up to them and think it is normal. Artists should not be giving out those kind of messages to youngsters they should be a bit more decent!"

"I like Rihanna's music but I find her music videos inappropriate for younger kids. My 6-year-old cousin watches them and copies what she does, it has put me off Rihanna."

"I think that music videos should have age restrictions so that children don't watch anything that's too rude for them. I don't like that type of music video."

"I think there should be a 'child friendly' version which excludes the rude scenes."

"I don't think that there should be age ratings on music videos - parents should be able to decide whether or not their children are allowed to watch them. If the government passes this law, it won't really make a huge difference as kids will still be able to view the videos online and on American channels like MTV."

"I think that there shouldn't be age-rating on music videos because children can just download the music onto an iPod anyway."

"I like music videos, but sometimes they are meaningless and explicit. Parents can stop their children watching these videos, although I think that some children are mature enough to not be affected by them."

"If you don't like it, don't watch it! Lots of people want to watch Rihanna and Lady Gaga, and it's unfair for them. I also think the media are too harsh on Rihanna, everything she does is criticised."

"I think some music videos should be age rated. My friend had a sleep over a few years ago with eleven friends, three of which had nightmares after watching one of Lady Gaga's music videos. I think videos like that should be rated 12, as most music videos are suitable for 12-year-olds and above."

"I remember a few months ago, Rihanna filmed a music video in a field in Ireland and the farmer who owned the field told her to put a top on. I agree, I think her music videos are too grown up, and I think they're a bit raunchy for children under 11."

"They need to be given a rating! What if a three-year-old watches those videos and thinks it's OK? They need ratings or at least be censored."

"I think they should be age restricted! Some of their videos are really rude and they should come with ratings and not be shown before 9pm."

"Yes, I think vids should have an age rating because we might watch things that aren't suitable for our age!"

"There shouldn't be age ratings, just age guidelines. I agree that some videos are a bit rude and offensive etc, but I don't think they should get into trouble because big stars such as Lady Gaga and Rihanna are only performing from the heart."

"I don't think that music vids should come with age ratings because children will still be able to find the videos on the internet. It is up to parents what their kids watch, not up to the people who make the videos!"

"If we are worried about the videos then what about the lyrics? Lots of kids want to learn words to new songs but they can't because they are rude. I like to learn lyrics to songs because I love singing, but it is hard to do when people use swear words."

"An age rating is going too far. Parents can prevent their children from watching it. A lot of people won't watch the video just listen to the song. Most kids won't understand the song's or video' s meaning. The songs aren't age rated, and if the videos are, the next thing will be the songs are too!"

"I think music videos should have an age rating because lots of music videos are inappropriate for kids under 11 or 12. If music videos had a rating, you would be able to know if you were too young or not to watch it."

"I think music videos should have a rating, and some of the stars need to think more about their influence on children. Often children feel pressurised over clothes that they should wear and how they should look. But at the end of the day, music should be just that, music. It's not about the videos, it's the music!"

"I think if anyone sees an inappropriate video, they should just listen to the song and ignore the video."

"Watching music videos is part of the music experience and it shouldn't be the government's choice to take it away from kids."

"I think people should be allowed to watch who they want when they want and if people don't agree with that make pop stars do appropriate music videos for our age group, problem sorted, simple!"

"I think music videos should NOT be age rated. We have enough things rated as it is. Kids can still watch it on the internet any way. It's MAD!"

"I think that children are unknowingly exposed to all sorts of explicit scenes especially violence and nudity. Music videos should have age ratings on them depending on the content and inappropriate TV shows should come on after 9pm."