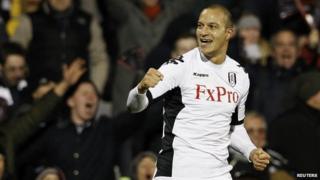 The Gunners controlled much of the first half, but could only score the one goal with defender Laurent Koscielny's headed in.

And they were made to pay for their missed chances as Fulham midfielder Steve Sidwell scored in the 85th minute to equalise, before Zamora's last gasp winner.

Elsewhere Chelsea put their recent bad form behind them to record a 2-1 away victory against Wolves. 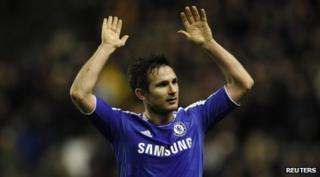 Reuters
Lampard's last minute winner moves Chelsea up to fourth in the table.

Blackburn remain in the bottom three as they lost 2-1 at home to Stoke, while Norwich beat Queens Park Rangers by the same score line.

In the only other game of the day, Swansea recorded their first away win the of season, beating Aston Villa 2-0.