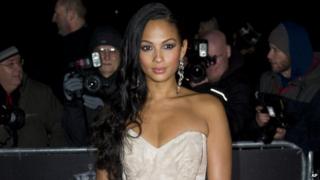 Strictly Come Dancing judge Alesha Dixon has left the show to join the next series of Britain's Got Talent.

Alesha will join Simon Cowell, comedian David Walliams and Amanda Holden in a new-look judging panel for the ITV hit.

Cowell said "he loved" the singer and is really looking forward to working with her.

The BBC have yet to announce who will replace Alesha on the Strictly bench, alongside Len Goodman, Bruno Tonioli and Craig Revel Horwood.

Join in the chat

Who should replace Alesha on the Strictly judging panel?

Join in on the CBBC Messageboards

Alesha had been a judge on Strictly for three years, after winning the show as a competitor.

On her website she thanked fans for supporting her and said, "Strictly Come Dancing will always hold a special place in my heart as it has been such an amazing experience."

Meanwhile Simon Cowell announced he would be returning to Britain's Got Talent after missing last year's show.

"I miss Britain and miss the British public and miss judging them," he said. 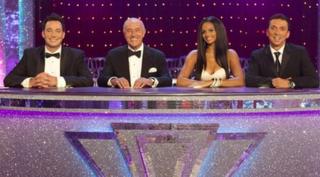