New satellites are orbiting the Moon 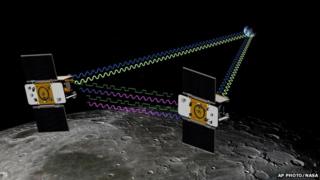 The US space agency Nasa has succeeded in its mission to get two new satellites to orbit around the Moon.

100 days after leaving Earth, the two spacecraft, called the 'Grail twins', have entered their planned orbits.

The identical satellites will fly around the moon and make detailed measurements of its land.

This will help scientists understand how the Moon formed, and how it is affected by gravity.

One of the scientists said: "Grail is a journey to the centre of the Moon and it will use exceedingly precise measurements of gravity to reveal what the inside of the Moon is like." 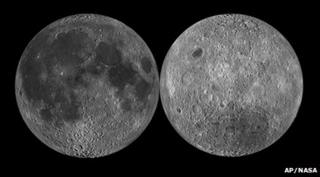 NASA
From Earth, we cannot see the 'dark side' of the Moon

The scientists also hope to find out why one side of the Moon is so different from the other.

The side we can see from Earth has more smooth land but the 'dark side' - which you can't see from our planet - has more rocky land with craters.