Samoa skips Friday to go back to the future 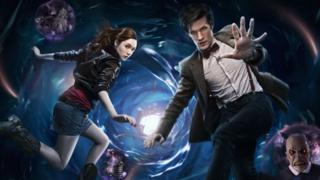 Forget Doctor Who and the Tardis, the people of Samoa have found a much easier way of time travelling.

That's because the Samoan government have decided to make an entire day completely disappear.

This year there will be no Friday 30th December on the Pacific Island.

Prime Minister Tuilaepa Sailele Malielegaoi says the change to move the Samoan calendar 24 hours forward has been made so business links can be improved with countries like Australia.

"In doing business with New Zealand and Australia, we're losing out on two working days a week," the prime minister said.

"While it's Friday here, it's Saturday in New Zealand and when we're at church on Sunday, they're already conducting business in Sydney and Brisbane."

The move will mean that residents and tourists will be able to celebrate the same day twice, because neighbouring island American Samoa is not moving it's own calendar.

"You can have two birthdays, two weddings and two wedding anniversaries on the same date - on separate days - without leaving the Samoan chain," the prime minister said.