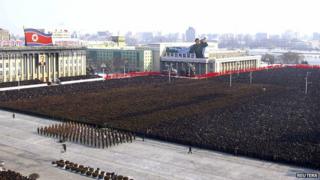 North Korea have named Kim Jong-un as their new 'supreme leader of the party, state and army'.

Around a million people gathered in the capital city to hear the announcement, just a day after the funeral of Kim Jong-un's father, Kim Jong-il.

It is not known exactly how old the new leader is, but it's thought he's in his late twenties.

The announcement is very interesting to countries across the world because North Korea is such a secretive place.

The country's government rarely releases information on what happens there.

This includes the TV and radio channels and who is allowed to come in and out of the country. 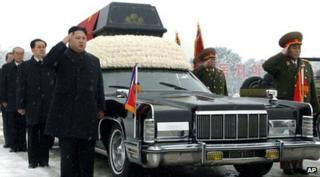 People are not allowed to argue with anything the government says or does.

A report by the US Committee for Human Rights suggests that there are up to 200,000 people in prison and labour camps, just because they have disagreed with the government.

The population of North Korea is thought to be around 23 million, but there are daily shortages of food, very few cars on the roads and power shortages.