Mystery surrounding the Finger of Yeti is solved 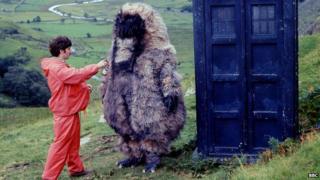 The Yeti as imagined in Doctor Who

The mystery of a yeti finger taken from Nepal half a century ago has been solved.

The remains have been kept in the Royal College of Surgeons museum in London since the 1950s.

The DNA tests found it to be human bone.

The yeti, also known as the Abominable Snowman, is a legendary giant ape-like creature said to inhabit the Himalayan region of Nepal and Tibet.

Despite the lack of evidence of its existence, the yeti myth has been popular in both Nepal and the west. The Yeti even featured in the classic series of Doctor Who in the 1960s.

The finger, which was said to be from a yeti, was taken from a Nepalese monastery by an American explorer in the 1950s.

The finger is now held in the Royal College of Surgeons museum in London.

Dr Rob Ogden, of the Royal Zoological Society of Scotland, said: "We had to stitch it together. We had several fragments that we put into one big sequence and then we matched that against the database and we found human DNA.

"So it wasn't too surprising but it was obviously slightly disappointing that you hadn't discovered something brand new.

"Human was what we were expecting and human is what we got."