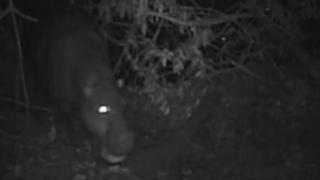 The rare pygmy hippo has been caught on camera - after being spotted in Sapo National Park in Liberia, West Africa.

Not much is known about the mysterious animal because it only comes out at night and hangs out in swamps.

The pygmy hippo is very small and only grows up to 80cm, whilst normal hippos can reach 140cm.

The animals existence is threatened by hunting and deforestation - when areas of land are cleared for farming, destroying the pygmy hippos home.

There are only thought to be approximately 2,000 left in the wild and scientists hope to use the footage to learn more about their behaviour. 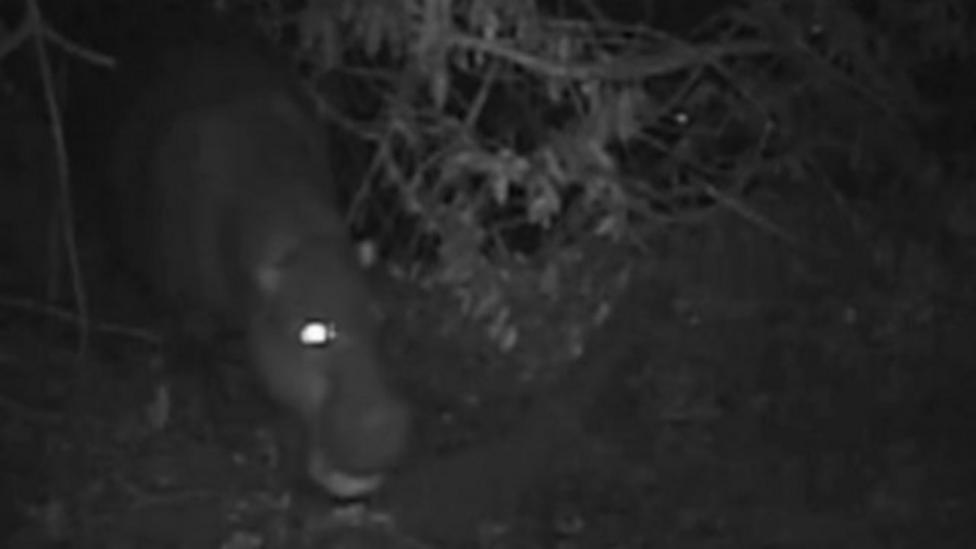