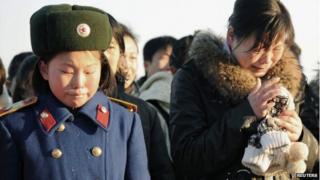 The leader of North Korea, which is considered to be the most secretive country in the world, has died.

Kim Jong-il was 69 and pictures from the country have shown that many people are extremely upset by his death.

North Korea - a country next to China - is a very secretive place and its government rarely releases information on what happens there.

It's thought Kim Jong-il's son, Kim Jong-un, will take over as the new leader. 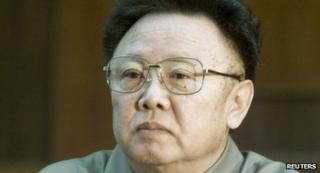 Reuters
Kim Jong-il, who died at the age of 69.

The government controls a lot of the daily life of its inhabitants.

This includes the TV and radio channels and who is allowed to come in and out of the country.

As it's hard to find out about North Korea, not much is known about the potential new leader Kim Jong-un. Even his age isn't clear, but he's thought to be quite young and in his late 20's.

In October 2010 the world's media was invited to the North Korean capital city, Pyongyang, to see a major military parade. That's where many got their first glimpse of Kim Jong-il.