Smallest frogs in the world found 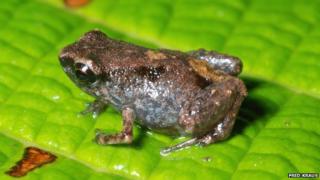 Two of the smallest species of frogs have been discovered in the mountains of Papua New Guinea.

They're the smallest in the world and measure less than one centimetre.

The scientist's who discovered the mini frogs had a tough job finding them because they're so small.

They had to put their faces close to the ground and listen carefully for any sounds the frogs made before catching them in their hands. 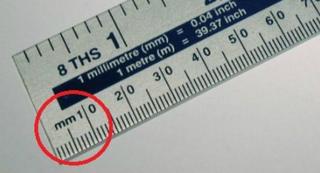 The tiny frogs are smaller than 1cm

The two species are called Paedophryne dekot (which means very small) and Paedophryne verrucosa (meaning full of warts because of their bumpy skin).

Scientists think there's probably even more smaller frogs living in unpopulated areas of the world which haven't been discovered yet.

The frogs are the smallest of a group of animals called tetrapods - four-legged animals with backbones.