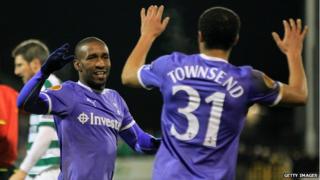 Tottenham, Birmingham and Celtic all crashed out of the Europa League, despite none of them losing.

But its wasn't enough to take Harry Redknapp's men through, as they ended up finishing third in their group.

Those results mean that it is only Stoke City who will join the two Manchester clubs in the knockout stages of the competition.