Badger culls are approved to try to stop TB spread 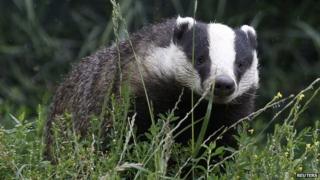 The government's given the go ahead for badgers to be killed in two areas of England next year to try to protect cattle from disease.

It's thought badgers pass on tuberculosis (TB) to cows. 25,000 diseased cows had to be put down last year.

By cutting the number of badgers in the wild, the government hopes they'll be able to get TB under control.

But some people say the plan's cruel and won't work.

They want badgers to be vaccinated instead. But the government's reckons that even though they're spending money on vaccines, for now it's too difficult to organise catching and injecting badgers.

It's thought most farmers support the plan.

The cull will take place for six weeks in two areas in the UK - still to be decided - to see how well it works. Experts will then decide if the whole country should get involved.