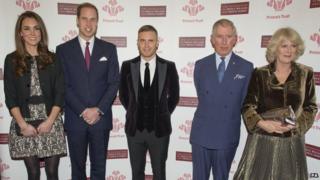 It was case of pop royalty meeting actual royalty, as Gary Barlow performed for the Duke and Duchess of Cambridge.

Tuesday's charity concert at London's Royal Albert Hall was also attended by the Prince of Wales and Duchess of Cornwall.

The gig was put on to raise cash for the Prince's Trust and The Foundation of William and Harry.

Gary said: "It's an amazing honour playing for the royal family." 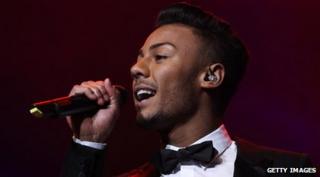 The X Factor judge performed a mixture of solo songs and Take That hits.

Tuesday's performance was the second of two charity gigs, which were his first solo shows in more than a decade.

Gary said about this weekend's final: "Yes this is nerve-wracking tonight but Saturday night and Sunday night at The X Factor will probably be triple the nerves for me."