The sandwich that stays fresh for two years! 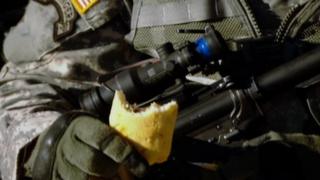 A sandwich that stays fresh for two years has been developed for the US Army.

Food scientists created the long-lasting snack using ingredients that can keep moisture trapped inside them, like honey, salt and sugar.

That's important because the bacteria that decays food needs water to grow.

So by keeping its moisture, the sandwich holds off the bacteria and it stays fresh and tasty to eat!

Inside the sandwich wrapper there's also a tiny pack of iron shavings. It zaps oxygen - another thing some bacteria need. 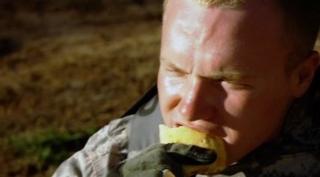 The sandwich is an alternative to bland vacuum-packed meals

The sandwich has been made to help feed soldiers while they're in the field.

That's a big challenge because food has to be light to carry, easy to eat, contain loads of energy - and last a long time.

The sandwich-making scientists took inspiration from the technique used to preserve jam, which is basically adding sugar.

The invention's been featured on a new BBC Four show about decay, called After Life: The Strange Science of Decay.