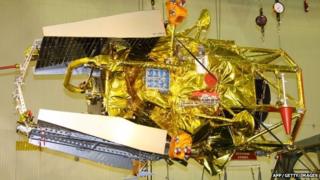 European space experts have given up on the stranded Russian probe to Mars, Phobos-Grunt.

The spacecraft got stuck in the Earth's orbit four weeks ago when one of its engines didn't fire properly.

Scientists made brief radio contact with the probe two weeks ago, but there's been nothing since.

So the European Space Agency announced on Friday that it would stop trying to call it. Russian engineers are carrying on their efforts to make contact. 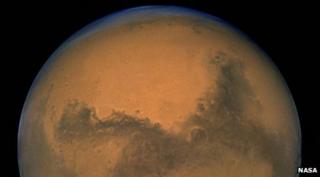 If no contact can be made with the spacecraft, then it will eventually fall back to Earth.

It's now too late for Phobos-Grunt to complete its planned trip to Mars - Earth and Mars have moved further apart since it launched and the distance is too far for it to complete its mission.