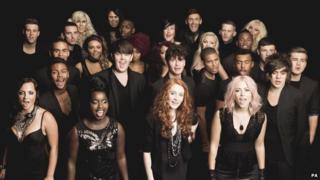 X Factor finalists old and new are ruling the charts this week - the show's charity single and Olly Murs' album have both shot to number one!

Wishing On A Star features this year's finalists, as well as boybands JLS and One Direction.

The cover of the 1978 hit by Rose Royce is raising money for Together for Short Lives, which helps seriously ill kids.

Olly Murs, the 2009 runner up, has scored his first number one album with In Case You Didn't Know. 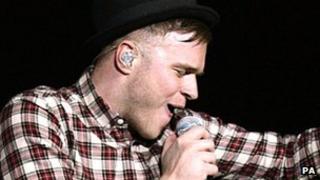 Olly Murs has got his first UK number one album

The Xtra Factor host tweeted: "I'm delighted!! Seriously the biggest smile on my face ever!!"

But his single Dance With Me Tonight was kept off the top spot by The X Factor finalists' record!

JLS said of The X Factor single: "It's an absolute pleasure to have been invited by Simon [Cowell] to feature on the new X Factor charity single. It's all for a great cause."

Frankie Cocozza isn't included in the single line-up, after he was booted out of the show for breaking competition rules. 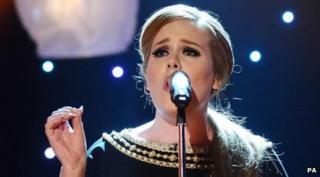 PA
Adele's 21 has never left the top 10 since it was released!

Meanwhile, Adele's 21 has become the biggest selling album of the 21st century. Quite apt given the name!

It's now sold 3.4 million copies, overtaking Amy Winehouse's Back to Black for the title.