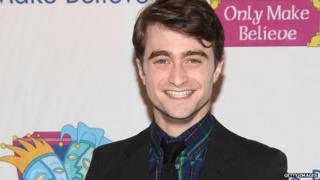 Harry Potter star Daniel Radcliffe has topped a list of the richest British entertainers under 30 - again!

His career earnings of £51.8 million help him hold onto the number one spot in showbiz magazine Heat's countdown.

Not only that, Daniel also managed to earn £6 million more this year compared to 2010!

Other stars in the top 10 include Cheryl Cole, Leona Lewis and fellow Potter stars Emma Watson and Rupert Grint.

Twilight actor Robert Pattinson moved up to third from fifth in the rankings.

Adele the highest new entry at 16, with her fortune estimated to be £7.7m.