Cardiff and Liverpool progress in the cup 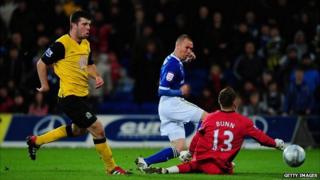 Three teams have booked their places in the Carling Cup semi-finals.

Cardiff reached the League Cup semi-finals for the first time since 1966 after beating Blackburn 2-0.

Man City won away against Arsenal 1-0 and Liverpool beat Chelsea 2-0.

Cardiff's victory was the biggest shock out of the results because they play in a league below Blackburn.

Kenny Miller put Cardiff ahead on 19 minutes and Filip Kiss headed the second after the break. It was a terrible night for Blackburn and they only managed one shot on target after Cardiff's second goal.

Blackburn are currently bottom of the Premier League and the result will increase the pressure on manager Steve Kean. 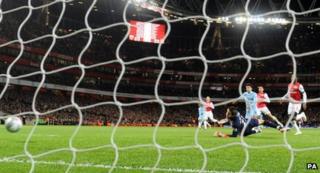 PA
Sergio Aguero was on target against Arsenal

Sergio Aguero was the man who earned Manchester City a first win at Arsenal for 36 years, it was a late goal coming with only 7 minutes left on the clock.

Liverpool's victory against Chelsea is their second win at Stamford Bridge in less than 10 days. It was a comfortable victory for Liverpool and they scored both of their goals in a five-minute spell during the second half. 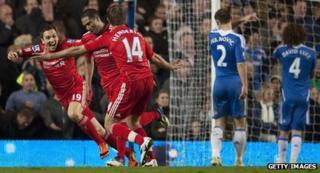 There's still one place left up for grabs in the semi-finals and Man United play Crystal Palace tonight to see who takes it.