People in Egypt have been voting in their first elections since President Hosni Mubarak was overthrown.

There have been huge queues at polling stations, with some stretching up to two miles!

Voting hours have been extended to let more people have their say in who will run the country.

But protesters in Cairo's main square are boycotting the elections - they think the military plan to hold onto power. 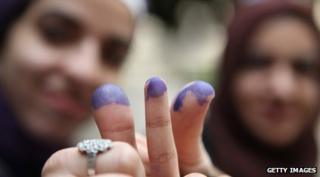 The army took charge of Egypt after President Mubarak was kicked out in February, after 30 years of rule.

There are several stages to the elections and we won't know the full results of the parliament until March.

After that, a new president will be decided - that is expected to happen by the middle of 2012.

How are YOU handling the heat?