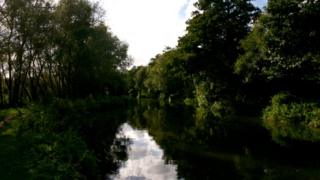 New research into wildlife in Europe shows that many species of fish, plants and other wildlife found near Britain's rivers are now under threat.

It's because of pollution, too much fishing, and changes in the way land is used.

It's also because of what's called 'invasive species' - where plant or animal life from other parts of the world can start to take over.

The plant seeds float along rivers and then start growing beside river banks.

The European researchers have seen evidence of wildlife from Japan, China and the Himalayas.

One example of a very invasive species is Japanese knotweed, which grows incredibly quickly and can overpower other plants.

It can cause people real problems if it grows near buildings too - it can damage foundations and walls and getting rid of it is really difficult and expensive. 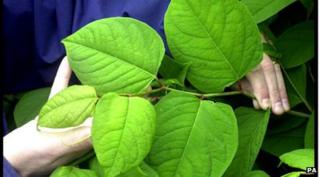 PA
Japanese knotweed like this has started to grow in Europe

Researchers found that the animals most at risk are freshwater molluscs and fish, but many amphibians and reptiles are in trouble too.

They say that if things don't change, we could see far fewer of our own fish, reptiles, mammals and birds in years to come.

The findings have come about from research for the European Red List which keeps a record of wildlife that's under threat.

As well as animal life, the list also says there are 467 types of plant species under threat, including wild types of plants grown for our food, like sugar beet, wheat, oats and lettuce.

Experts say these wild species are "vital for food security" - in other words, if they stop growing, humans may go short of food in future generations.