Who should win Young Sports Personality of the Year? 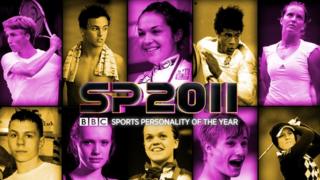 The nominees for 2011's Young Sports Personality of the Year are out!

We want to know who you think should win the Young Sports Personality of the Year? Should Tom Daley win a mega fourth year or is it time for someone else to take the title?

Perhaps you think it's time a girl was given the top prize? Or maybe you reckon this is the year for a young footballer to take the trophy?

"I think Sally Brown should win, as she has overcome a disability to compete in disabled and able-bodied sports. She has shown fantastic determination to learn to run well, despite her balance being affected by her missing forearm and hand. To win a World Championship medal at 15, competing against adults in their twenties, is truly remarkable in any sport!"

"I think that Ellie Simmonds should win this year as she is swimming with a disability and I find that very inspirational."

"I think Jack Laugher should win because he has been an inspiration to me and all of our team. He is so dedicated and I think he's going to be the next big world diving champion."

"I think Ellie Simmonds should win because she has got far and it's time someone else should have it!"

"Tom Daley should win because he has courage, intelligence and is a great role model."

"I think that Jack Laugher should win this award, he is the up and coming talent in diving and has worked hard to get where he is. Jack is from a small diving club in Harrogate, just proving to me that anyone can succeed if they have talent and believe."

"Tom Daley should win. He is a great all rounder and supports charity events which shows that he cares about people and not only his career. Tom is an inspiration for all of Britain and not just England."

"I think Tom Daley should win the award because he's a very intelligent diver and has a lot of courage."

"I think Laura Robson should win because she's a great attribute to tennis and sport in general. She leads the way and is a great role model for female athletes."

"I think Tom Daley should win this award for the fourth time because he's the best young diver around!"