Levels of greenhouse gases higher than ever, says UN

Greenhouse gases are at their highest-ever level, and are increasing faster than ever, according to a new report.

The United Nations weather agency says more and more of the harmful gases are appearing in the Earth's atmosphere.

The three most common greenhouse gases are carbon dioxide, methane and nitrous oxide.

Scientists think these gases trap heat in the atmosphere, acting like a blanket and causing the planet to become warmer: the 'greenhouse effect'.

The growth of industry

A lot of people blame the industrial revolution, which began well over 200 years ago in Britain, for the rise of greenhouse gases. 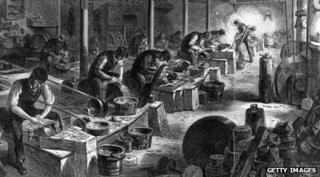 As we changed from farming to factory work, and started burning fossil fuels like coal on a massive scale, we released carbon dioxide (CO2) and other gases into the atmosphere.

Big countries like China and India are having their own industrial revolutions right now - building power stations that burn coal.

But there are other causes too - such as deforestation, where trees are cut down to create farmland. Trees take in carbon dioxide from the air, so the fewer trees there are, the more CO2.

So these human causes of global warming have been going on for a long time - but it'll also take a long time to stop them.

On Monday 28 November world leaders will meet in South Africa to debate how best to combat manmade climate change.

These latest figures suggest that there's still a very long way to go before we begin to make a difference.