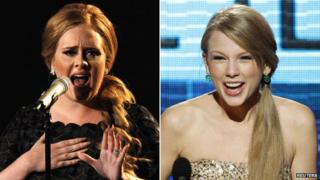 Adele and Taylor Swift were the big winners at the American Music Awards (AMAs) at the weekend.

Both ladies picked up three awards each, Adele winning in the rock/pop category for best album (21), best female and adult contemporary artist.

"This is one of the craziest things that has ever happened to me," she said.

As well as artist of the year, Taylor won best female country artist and best country album, for Speak Now.

Justin Bieber, who won four AMAs at last year's ceremony, performed Mistletoe, from his Christmas album Under the Mistletoe. 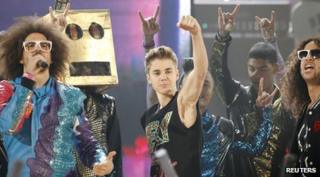