X Factor: The Risk, Kitty and Johnny for live tour 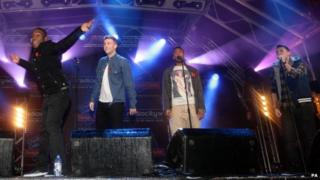 If you're missing The Risk, Kitty or Johnny from The X Factor then there's some good news - they'll be on the live tour!

The will join the remaining six acts for The X Factor Live Tour next year.

They'll perform at 14 venues across the UK and Ireland, kicking off on 25 February at Manchester's MEN Arena.

Misha B said: "Last year I was busking on the streets of Manchester and now to be touring around the UK is just sensational." 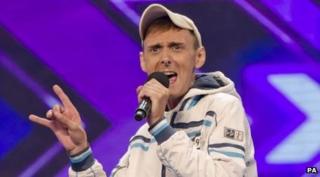 Lady Gaga fan Kitty said: "Being on the tour means everything to me, it's been my dream since I was a little girl to perform somewhere like Wembley or the O2 and now that dream gets to be realised."

But someone who won't be on the tour is Frankie. He left the show after breaking competition rules.