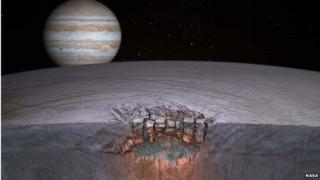 Scientists say there is strong evidence for warm water just beneath the icy shell of Europa, one of the moons of the planet Jupiter.

The water is causing the moon's outer layers to melt and break up - a bit like icy areas on earth in Antarctica.

As this could lead to evidence for other life on the planet, it's a very important discovery.

For a long time scientists have thought a giant ocean, about 100 miles deep, lies beneath the ice crust of Europa.

Space experts in America and Europe are working on missions to Europa, and Jupiter's other moons, to find out more.

They hope to launch a mission in the next ten years or early in the 2020s. 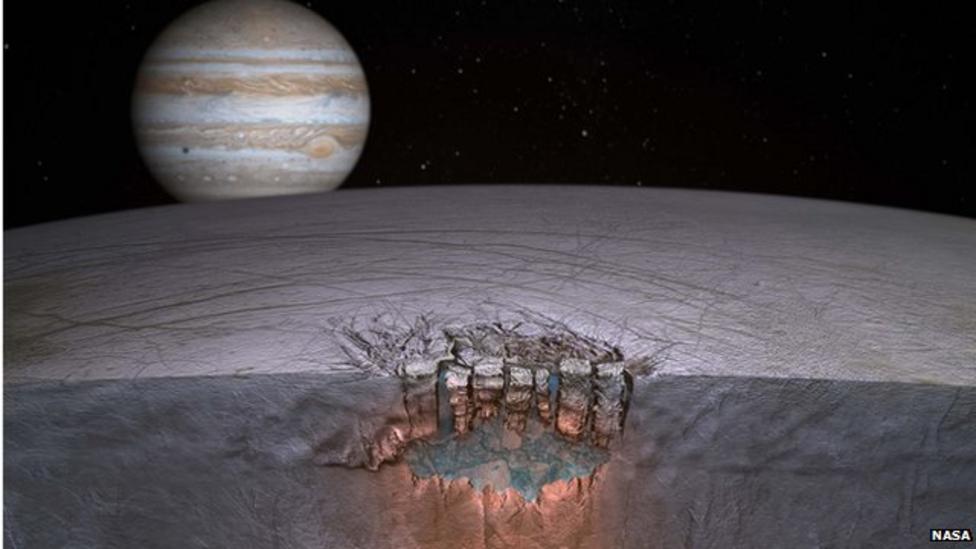