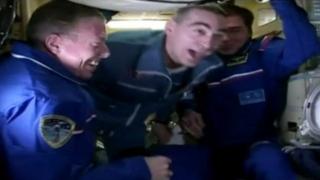 Two Russian cosmonauts and an American astronaut have arrived on the International Space Station.

The Soyuz spacecraft blasted off on a rocket from the country of Kazakhstan on Monday.

Experts were nervous about the launch because a similar spacecraft crashed in August.

But after a two-day flight, the Soyuz spacecraft docked successfully at the International Space Station (ISS) at 05:24 UK time on Wednesday.

A spokesman from the Russian space agency said "Everything went ahead normally."

The new crew, who will stay until March 2012, opened the hatch and joined the current crew of the International Space Station.

The Russian Soyz spacecraft, made in the 1960s, is now the only way of getting to the International Space Station after the American-made Space Shuttles were retired earlier in 2011. 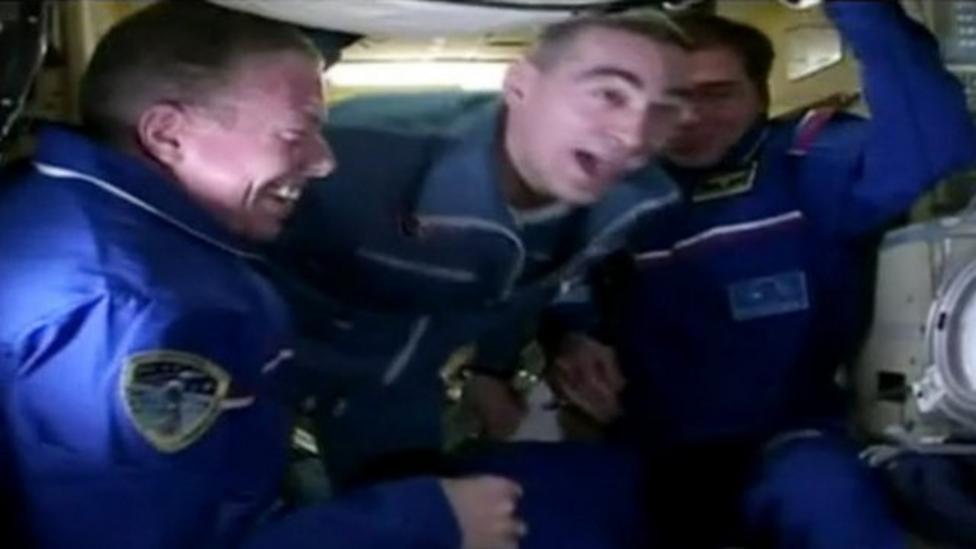