Ireland are heading for Euro 2012 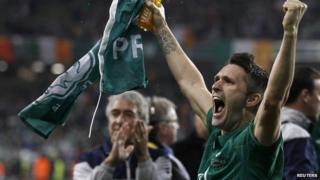 The Republic of Ireland sealed their place in the Euro 2012 finals after a 1-1 draw in Dublin against Estonia in the play-off.

It gave Ireland a 5-1 win on aggregate, and will lead to their first appearance for ten years in major football finals.

Robbie Keane wasted two early chances before Stephen Ward fired in from close range to put the Ireland ahead. 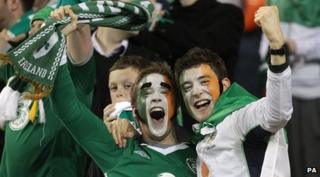 Estonia levelled on 57 minutes when keeper Shay Given failed to keep out a powerful Konstantin Vassiljev strike.

Richard Dunne missed out with a header, but the Republic cruised through.

The last time the Republic featured in the finals of a major football competition was the 2002 World Cup.

The celebrations lasted well into the night!