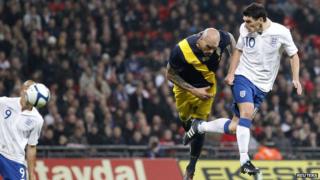 England beat Sweden 1-0 in their international friendly at Wembley Stadium on Tuesday.

It's the first time England have beaten Sweden in 43 years - the last win coming in 1968! John Terry captained after being left out of the 1-0 win against Spain on Saturday.

Wembley's turnout of 48,876 was the lowest for England at the new stadium. 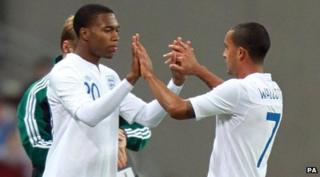 PA
Chelsea's Daniel Sturridge made his debut for England

Rodwell, Zamora and Walker all made their first starts in an England shirt and England dominated early on.

After creating a few chances, Fabio Capello's side took the lead mid-way through the first half.

Chelsea's Daniel Sturridge made his full international debut in the second half.

England held on to secure the victory and are now unbeaten in their last nine matches.