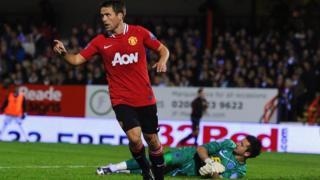 Manchester United's Michael Owen is set to be out until at least Christmas.

The thigh injury he sustained in the 2-0 win against Otelul Galati means at least six more weeks on the sidelines.

The England forward, 31, lasted 10 minutes before suffering the problem in the build-up to United's opening goal.

The former Liverpool, Real Madrid and Newcastle player has not played many Premiership games in 2011.

But he has featured in the Carling Cup.

He scored two goals to help United beat Leeds 3-0 in the third round of the competition.

His current contract expires at the end of the season.